News: TFA Soy Dialogue Webinar provides a new frontier for Brazilian Soy with the initiative of 'Payment for Environmental Services'

The aim of the webinar was to present the main results of the proof of concept PES Soy Brazil, which tested environmental services verification and pricing methodologies in a region in the municipality of Balsas in the state of Maranhão

The webinar “Payment for Environmental Services: the New Frontier for Brazilian Soy” was held by the Tropical Forest Alliance (TFA) on 10 August 2021. Attended by around 350 people, the event was the sixth webinar in a series of dialogues organized by the TFA since April 2020 with the aim of bringing producers and consumers and the public and private sector together.

The aim of the webinar was to present the main results of the proof of concept PES Soy Brazil, which tested environmental services verification and pricing methodologies in a region in the municipality of Balsas in the state of Maranhão. Starting in November 2020, the first cycle of the project ended in July 2021, making payments for environmental services to participating producers. Marco Antonio Fujihara, director of Techsocial and technical project manager, reported that the project employed internationally recognised soil carbon (VCS Verra-SALM 17, GHG Protocol and IPCC), biodiversity and water (Cool Farm Tools) calculators and developed its own pricing methodology. The latter is based on the principles of econometrics, including productivity and surplus legal reserve as variables in determining the price of the environmental services.

The proof of concept was funded by the German Government (BMU) and received financial support from Sumitomo Chemical for the payment of environmental services made to the 52 producers, reinforcing the company's commitment to supporting projects that contribute to the development of a strategic agribusiness agenda in Brazil. It is estimated that the inferred increase in productivity prevented the deforestation of 4,000 hectares of forest.

New tests are underway on five properties in Campos de Júlio (Mato Grosso) and next steps include the promotion of methodology sharing between pilots and ongoing projects (such as those implemented by CONSERV and Bayer) to consolidate an internationally validated scalable methodology specifically adapted to the needs of Brazilian soy producers. 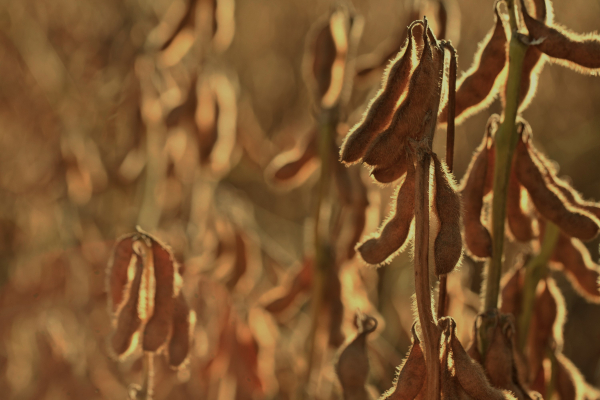 According to Justin Adams, Executive Director of TFA, not only is PES Soy Brazil making progress on developing a Brazilian environmental services calculation and pricing methodology for soy, it is also presents a key opportunity for Brazil to lead the debate on solutions that combine productivity and conservation. One of the opportunities offered by PES Soy Brazil is the possibility of assessing the potential for the generation of carbon credits in the future.

For Guilherme Bastos, Secretary of Agricultural Policies at the Ministry of the Environment, and Marta Lisli Giannichi, Secretary of the Amazon and Environmental Services at the Ministry of Agriculture, the development of PES in Brazil is key to leveraging new business and improving public awareness of the value of environmental protection. Both ministries have taken steps forward in the regulation of the National Policy on Payment for Environmental Services, with the aim of providing the security that investors need, making the policy compatible with existing state initiatives. The latest advance was the inclusion of forest conservation in the national classification of economic activities (CNAE).

Guilherme Bastos stressed that he expects that two other areas should see advances from a policy perspective: regulation of methodology based on advances led by EMBRAPA in the sharing of methodology for calculating soil carbon on arable land to improve methods adapted to the national reality; and funding, with studies on possible adjustments to rural credit schemes (ABC or Plano Safra) to support the inclusion of Brazilian producers in the market (costing of monitoring and verification, extension services, and others).

Technical challenges to the expansion of PES Soy Brazil include the need to reduce costs, especially those related to the collection of soil samples. There is therefore a need to employ precision agriculture techniques. Paulo Kreling, owner of Fazenda Temerante and participating producer in PES Soy Brazil, highlighted that the main challenges to improving soybean productivity are low connectivity in the field and the adoption of good soil management practices.

With regard to scaling up PES projects, André Nassar, President of ABIOVE, suggested that one possible path is to use the current structure of the Soy Plus Program, which visits soybean farms twice a year. This would provide the opportunity to raise producer awareness of the importance of engaging and participating in PES projects. ABIOVE is also a potential partner that could help promote closer dialogue with the international market.

According to Fábio Luis Guido, from Itaú’s Superintendence of Institutional Relations, Sustainability and Inclusive Business, the existence and expansion of initiatives such as PES is consistent with the rise in demand for deforestation-free business activities. To make PES a viable investment proposition for investors, banks should:

(i) directly support the development of reliable methodologies for valuing environmental services;

(ii) ensure the security of transactions through tokenization and blockchain mechanisms;

The next TFA soy dialogue will take place on 24th September as part of the New York Climate Week.