Since 2015, Latin America has become the world’s largest net exporter of food. It also houses 34% of the world’s intact forests and the largest biodiversity heritage

On November 30th, 2021, the Tropical Forest Alliance (TFA) launched the Gran Chaco program as part of its strategy in the Latin America region to define and implement multi-stakeholder agreements between the government, producers, and buyers in key commodity sectors, supporting the design and implementation of public policies, public-private partnerships, and innovative financial mechanisms. This aims at contributing to the reduction of global greenhouse gas emissions and improvement of the livelihoods of actors involved in the entire commodity chain, as well as the conservation of natural habitats and protection of tropical landscapes for future generations.

Since 2015, Latin America has become the world’s largest net exporter of food. It also houses 34% of the world’s intact forests and the largest biodiversity heritage. Despite its enormous political, legal, and technological capital in the fight against deforestation, the region has seen an alarming increase of biome conversion rates in recent years, not only in the Amazon, but also in other relevant biomes such as the Cerrado and the Chaco. The tropical dry forests of the Gran Chaco region (that covers areas in Bolivia, Argentina, Paraguay, and Brazil)–an increasingly concerning hotspot of biome conversion–are Latin America’s second most important forest, behind only the Amazon in terms of size and biodiversity. 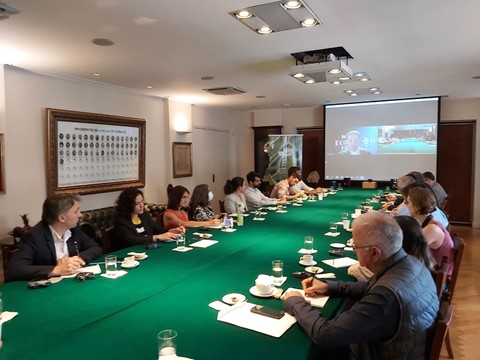 The program launch events took place in Paraguay on November 30th and in Argentina on December 2nd. TFA’s Regional Director of Latin America, Ms. Fabiola Zerbini, and Felipe Carazo, Head of Public Sector Engagement at TFA attended the event in Paraguay; and Fabiola Zerbini was later joined virtually by Justin Adams, Global Director of TFA, in Argentina, who presented TFA’s Global scope and provided an update of the actual context under the EU legislation and COP outcomes. This was also an opportunity for the TFA team to engage with key actors in the production chain of soy and beef including representatives of the public and private sector, associations, unions, civil society, the academia, and banks.  Among others, these stakeholders are called to work with the new program seeking to build a dialogue platform for the productive chain of soy and beef commodities with a focus on the conservation of the Gran Chaco Americano biome. As a result, the interest of soy and cattle producers and companies willing to engage in dialogue are starting to emerge. Carlos Pedretti, owner of the Ganadera Alborada Enterprises which in turn owns Pozo Azul farm, where the TFA group went for a field trip visit next day, understands the need of more sustainability in the chain as such:

"I am speaking right now from Chaco, where I am now. Why am I interested? Ranchers or cattlemen MUST know about sustainability. Today, as "food producers" we are not only cattle "breeders" ...we indeed are "producers of food" for human consumption so that food must be created in a sustainable way. That is the main reason why I am interested in understanding all about this and, of course helping, by means of my effort and the one of my businesses, push forward actions that promote sustainable food production. Being "sustainable" many times equals being "more profitable"… it’s profitable to bet on sustainability because by doing so one understands and works in line with mother nature".

Gustavo Idigoras, President of CIARA (Chamber of the Oil Industry of the Argentine Republic) reflected on the impact of Covid-19 and the transformation it has brought to the chain:

“The global pandemic is producing a disruptive change in the way of thinking about food production and trading. The changes that we saw coming in 20 years, with the pandemic have been anticipated and we are already witnessing a social transformation based on environmental practices and a circular economy. COP26 is part of this change, as are multiple initiatives from countries and markets. Argentina has a huge opportunity to be a leading player thanks to its bioeconomic sector that has enough skills and knowledge to be part of the solution. The ViSec program for the protection of the Gran Chaco and reduction of biome conversion is an initiative that is part of this process where the articulation between civil society, companies and the state become strategic.” 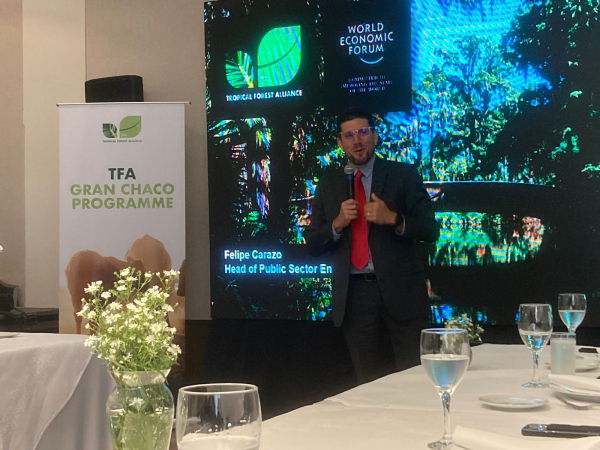 Felipe Carazo stated that “we are encouraged to see how producers and institutions in the Chaco region are committed to innovate and design local based solutions that contribute towards embracing sustainability in their productive systems. TFA is willing to contribute by serving as a catalytic platform that can help shape this value proposition and accelerate its understanding across the supply chain.”

The global demand for commodities means feeding almost 10 billion people by 2050 and, at the same time, preserving the natural resources that sustain food production; it is a challenge for human civilization. For this reason, approximately 470 companies linked to the soybean, beef, cocoa, palm, and paper production chains signed purchase commitments and more sustainable production, promoting a positive agenda of global scope. The implementation of commitments presupposes a constant and constructive dialogue between public and private actors, civil society, local communities, the academia, and international organizations, TFA being a platform that allows and stimulates positive collective action and being a catalyst for intersectoral collaboration among more than 170 members, including retailers.

Fabíola Zerbini, after all meetings, reflected: “we could engage key players of the supply chain, in particular the producers who spoke honestly about the risks and opportunities surrounding a green growth agenda for the region. Compliance with local laws, alignment of public and private efforts, attraction of resources and capacity building were mentioned as central pillars of a solid and growing collaborations. The similarities and complementarities between the three countries in which the TFA now operates in the southern cone are many, expanding opportunities for regional integration, as well as strengthening the region both economically and politically in global dialogues and agreements around the climate, forest conservation and food security agendas”.

About the Tropical Forest Alliance:

Founded at Rio + 20 in 2012, it is a network made up of governments, private sector organizations and civil society, which act in the conservation of the biome associated with the production of soybeans, beef, palm oil, cocoa, paper, and cellulose. Headquartered at the World Economic Forum in Geneva and financially supported by the Gordon & Betty Moore Foundation and the governments of the Netherlands, Norway, the United Kingdom, the United States and Germany, the TFA has been fundamental in the implementation of green productive chains, stimulating alliances impact in tropical countries, based on regional coordination in Africa, Latin America and Southeast Asia. 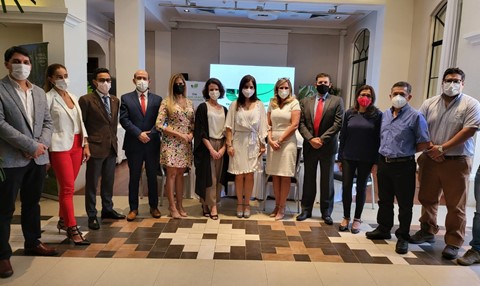