Why indigenous people are key to protecting our forests

There’s a first time for everything: in its preamble, the Paris Agreement on climate change recognized the intrinsic relationship between indigenous people and their environments. Whether they’re in Taiga, the Sahel or the rain forests of Africa, America or Asia, what all indigenous people have in common is a deep connection to the natural environments in which they live.

I like to think of nature as our supermarket: it produces the grass we use to feed livestock, the food we eat, the water we drink, and also the medicine we need.

But nature is more than that: it inspires our culture, our traditions, our science and our identity. For instance, traditional knowledge based on observing nature, such as birds, bugs and trees, helps nomad communities to define their seasonal migration. When you’re in a city checking the weather forecast via an app on your smartphone, try to imagine my people, in Chad, far away from any network, anticipating the rain or the wind by looking up at the sky.

This is why we indigenous people are on the frontline of nature conservation. Preserving the balance of the ecosystem has always been the indigenous way of life. Even in the tropical forests of Africa,where some communities use wood products to build settlements, they do so without negatively affecting the nature around them.

In Chad, the seasonal movement of communities helps fertilize the soil, creating a natural barrier against deforestation. Pastoralism has a full role to play in the Sahel green great wall initiative, for instance. For centuries, indigenous people and their communities have helped to combat desertification, following the rhythm of seasons and helping to regenerate vegetation. But while they are first to preserve the environment, indigenous people are also the first to suffer the consequences of climate change.

In Africa, one of the most affected continents, all ecosystems are endangered by global warming. Forests that have survived for centuries today face new pressures. The change in climate threatens the ecosystem’s ability to restore itself, while commercial agriculture damages biodiversity and converts primary forest into cultivated areas.

These activities make it hard for indigenous people to protect their environments, and also to preserve their culture, their languages, their knowledge and their unique traditions. 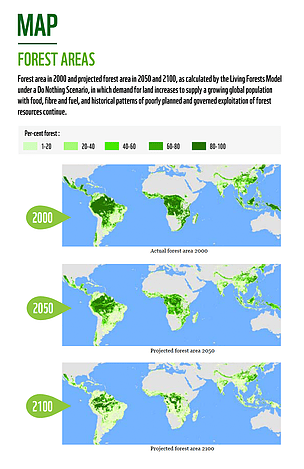 The survival of the forests, the Sahel ecosystems and those communities that, in Africa and all over the world, live in harmony with nature – are dependent on the full implementation of the Paris Agreement. This may happen in 2020, but only if the agreement is signed by countries that represent 50% of the world’s carbon-dioxide emitters.

Less optimistically, we know that fewer than 20 of the INDCs (intended nationally determined contributions) include commitments related to human rights, and only some of those specify the rights of indigenous people.

It’s clear that when it comes to indigenous people, the Paris Agreement doesn’t go far enough. There are three areas it could improve upon:

The UN Declaration on Forests in New York last year offers a new chance to change the relationship between people, ecosystems and the economy. But before that, it is necessary to acknowledge the rights of indigenous people. The Paris Agreement is too weak: it does not include provisions for human rights in the core text.

Paris was only the first step. From here, all future implementation measures will have to take into account the rights of indigenous peoples, to prevent land-grabbing and biopiracy, and to provide financial support for the communities so that they can do what they always did: protect and repair their environments.

Hindou Oumarou Ibrahim is the coordinator of the Association for Indigenous Women and Peoples of Chad (AFPAT) and a co-chair of the International Indigenous Peoples Forum on Climate Change, the indigenous peoples’ caucus to the UNFCCC.