Stakeholder engagement as a solution to deforestation-free supply chains

2010 was supposed to be a game changer for forests.  It was the year the Consumer Goods Forum—comprised of 400 companies with nearly $3 trillion in revenues at the time—pledged to remove deforestation from their supply chains.

Looking back at commitments

In the nine years since the Consumer Good Forum’s promising recognition of commodity production as a prominent driver of deforestation, hundreds of companies have announced their own zero deforestation commitments (ZDCs), providing a groundswell of momentum and hope that the global community is on the cusp of a new era in tropical forest protection.  Companies have finally realized that deforestation is a business risk—impacting their reputation, operations and bottom line. In response, many companies are mobilizing ZDCs as a tool to mitigate the risks posed by deforestation by developing and implementing complex and resource-intensive sourcing, monitoring and disclosure systems to ensure products associated with deforestation do not enter their supply chains.

Despite efforts, deforestation is accelerating

Although ZDCs were made with good intentions, they have yet to result in meaningful progress in slowing deforestation. In fact, 2016 and 2017 were the worst years on record for tropical deforestation, and it is unlikely we will see much relief when the 2018 numbers are released.  Despite the unprecedented proliferation of zero-deforestation commitments, deforestation resulting from commodity production continues unabated. 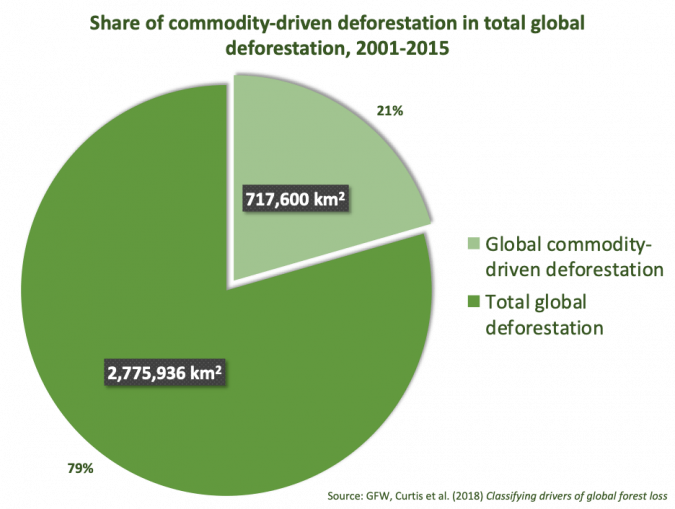 Even if every company met its ZDC tomorrow through a supply-chain approach, would it move the needle on global deforestation rates?  Probably not.

One of the principal problems of merely treating deforestation as a business risk inherent to commodity supply chains is that it does nothing to address underlying causes of deforestation.  Deforestation processes are complex and driven by a tangled web of influences ranging from low agricultural productivity and poverty to weak governance and insecure land tenure.  Simply excluding non-compliant producers from a supply chain does nothing to address these concerns, and in some cases can actually exacerbate them. 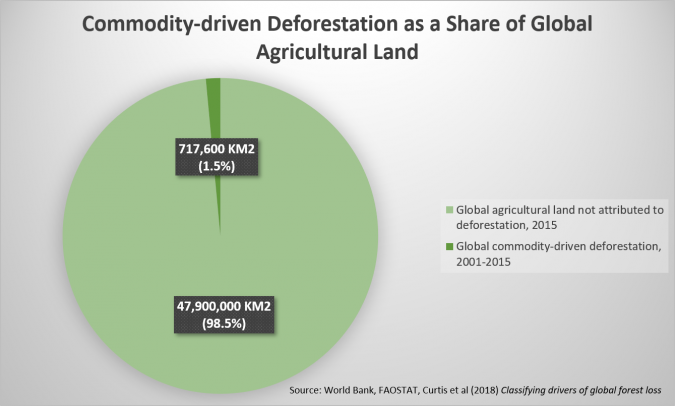 The entire area deforested by commodities between 2001 and 2015 represents less than 2% of global agricultural land in 2015 (figure 3).  This suggests we may need near 100% ZDC coverage across commodities for a supply chain approach to take effect and reduce overall commodity-driven deforestation rates.  Currently, we are far short of reaching 100% coverage, with commitments for many commodities sitting around 10% (see figure 4).  At this rate, the world does not have time to wait until ZDCs reach full coverage—until we get there, less scrupulous buyers will just continue off-taking the incremental production of beef, palm oil, soy and other products are grown on recently converted forest land.

Stakeholder engagement as a solution

While current approaches may allow companies to mitigate the business risks posed by deforestation, implementing these approaches in isolation clearly faces limitations in actually reducing deforestation.  If companies are genuinely concerned about addressing the on-the-ground impacts of deforestation—conflict, climate change, biodiversity loss, and socioeconomic disruption, for example—a broadened focus on stakeholder engagement and jurisdictional approaches is needed.

Indeed there is growing acknowledgment of the necessity for companies and governments to partner in order to achieve the transformational change that both are seeking.  Local governments possess powerful levers to control land use change, whether by developing and enforcing spatial plans, advancing land titling initiatives or providing fiscal incentives to rural producers.  And in states and provinces covering more than one-third of the world’s tropical forests, efforts began this year to consolidate the tools and policies needed to control deforestation and develop investment plans to advance a positive low-emission rural development agenda. But in order to be effective, many of these jurisdictional approaches need better coordination and harmonization with interventions from the private sector—thus leveraging the power of partnership between companies and governments. 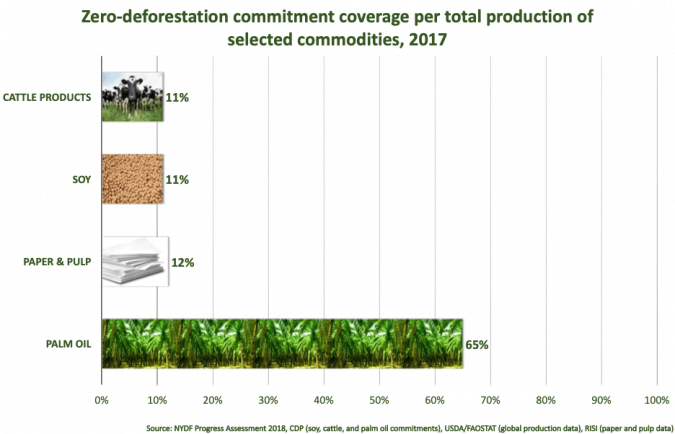 Aligning supply chain interventions with jurisdictional approaches is nothing new.  In fact, there is sufficient evidence that the harmonization of these initiatives produces tangible effects in reducing deforestation. However, such an approach has been woefully underutilized in the latest vogue surrounding ZDCs.  States and regions from the Ivory Coast, Peru and Brazil are leading the way, but even these advanced initiatives need stronger private sector engagement

The good news is that it is not too late to take action and establish new partnerships moving forward. Governmental representatives from jurisdictions across the globe will be participating in the TFA Annual Assembly in Bogotá in May, and they will bring a message of collaboration and seek opportunities to partner with committed companies and civil society partners. In order to produce effective strategies to end deforestation and protect remaining tropical forests across the globe, private sector companies need to join these governmental representatives at the table. By coordinating jurisdictional approaches and private sector interventions, we may finally succeed in slowing deforestation.

If we can take a first step towards expanding this collaboration in Bogota, perhaps the next decade will paint a brighter picture for the future of our forests.