Deforestation: Time for a New Approach

Deforestation: Time for a New Approach

It’s time for a new approach by industry, NGOs, governments and funders to tackle deforestation. For the last nine years the focus has been almost exclusively upon supply chain approaches, and a 2020 finishing line. And whilst good progress has been made, the nature of the challenge has changed.  And the tyranny of targets is now creating unintended consequences.

As we approach 2020, the very targets that companies and NGOs have set themselves are now becoming the barrier to future progress.

Several hundred companies now have no-deforestation commitments, yet there are still not enough companies actively tackling deforestation. But it’s now impossible to recruit new companies to act, when 2020 is the dominant end date. Its just too soon for them to achieve anything.

In addition, too many large companies and financial institutions are still also hiding behind certification. Certification works best for the already quite good, but is not good at resolving deep rooted complex issues like deforestation. These need different, more interventionist approaches.

A new paper by Kemen, A.G. et al highlights how the causes of deforestation in Indonesia have changed in the last few years. Large plantations are becoming less important and smallholder deforestation more important.

And yet, for those companies that are progressing well towards their zero goal, getting to 100% by 2020 is now leading to unintended consequences. SPKS in Indonesia warned several years ago (personal communication) that for companies to deliver upon their forest policies would result in the exclusion of small holders. A report from CIFOR last year confirmed that this is now happening. My sense is that these unintended consequences are accelerating as companies try to hit their 2020 deadlines.

Oxfam, in its report on deforestation in 2017 warned of the need to make a better balance between conservation and social outcomes. Sadly its warning was drowned out by the noise created by campaigning conservation NGOs.

Much has changed since 2010: the scope and complexity of “deforestation” has been better understood, and now encompasses not just biodiversity but livelihoods, working conditions and human rights. Meanwhile, different technologies (satellite monitoring and block chain driven transparency) have opened up new ways to make and demonstrate progress.

Tackling deforestation is not a simple problem with a recipe that can be followed. There is a need to deliver upon multiple outcomes whose importance is perceived differently by different groups. It’s not a new theory of change we need. Rather we require flexibility, constant adjustments and for different actors to play their own roles.

It’s an Education not a Race

I suggest that it’s time to look at “no-deforestation” like we do education. Everyone needs and deserves a primary and secondary education. Some will go on to higher education – to complete a degree, a Masters, and maybe a PhD. This is the way we should look at the progression on tackling deforestation. Every company needs to complete a base level, but only a few will progress to the next ones. 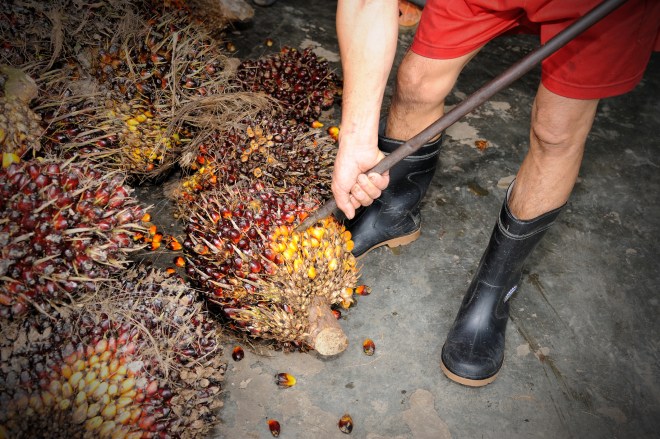 Like education, the approaches and requirements at each level are likely to be different. For companies with modest means, such as SMEs, certification (fairtrade, organic, or commodity specific) will probably be the way to go. For global companies the journey will start with proactive supply chain approaches. But once a certain threshold is reached (70% of supplies free of deforestation?) the tactics have to change, and landscape approaches and smallholder-centric approaches will take over. For some these approaches can go in parallel.

NGOs, funders and Governments need to provide the supporting environment to encourage (through sticks and carrots) progression along the education pathway.

NGOs will need to change their tactics: campaigning NGOs will need to keep the pressure on companies that have yet to start and yet to graduate from the school of supply chain actions. The collaborative NGOs need to play the longer game of landscape level interventions where the messy business of compromises take over.

Foundations and donor Governments have a key role to play in creating the right conditions at the government and societal levels in forested nations for this to happen.

Developing a consensus on when and how to move from one approach to another, and how to signal that to consumers will be messy. Getting retailers and banks to let go of certification will be another challenge. Certification should be reserved only for SMEs who do not have the resources to invest actively on the ground.

Timelines also become hard to predict, so let’s not fall into that trap. Stopping deforestation, whilst delivering improved livelihood will take as long as it takes. We need to ensure that governments are involved, that small holders are included and that development reaches everyone. Reporting upon progress needs to be not just on deforestation stopped, but smallholders livelihoods improved, human rights protected, and economic development achieved.

When the Facts Change…

The next question is when to make such a pivot? For the last nine years, companies and NGOs alike have been focussed upon delivering their commitments by 2020. Meaning, December 31st. For some that still gives 700 days to either deliver on the promises. For others it will involve digging the existing holes deeper,  causing yet more problems.

Its always nice to be able to declare victory and move on. Yet sometimes to advance, one needs to retreat and set off on a new path.  Lets not waste any time. Lets walk away from the 2020 millstone.  On January 1st if we must.

This Op-Ed was first published by Pildarce Hill