How do women relate to climate change?

Women suffer more than men the consequences of this global phenomenon, because of the role they play within society, especially in developing countries. However, they should not be seen as victims, but as potential leaders in the fight against climate change. This is why women require an appropriate representation when making decisions, and for this, we still have to overcome cultural, structural and institutional barriers, which some women have already begun to demolish.

If we look at Latin America, we can see a clear example of female leadership. On the one hand, the Costa Rican Christiana Figueres, whom was named as “the climate guardian” by Nature magazine, is considered one of the architects of the Paris Agreement, where it is established that “the Parties must respect, promote and take into account gender equality, the empowerment of women and intergenerational equity. ”

In 2016, after Christina Figures, the Mexican Patricia Espinosa took the position of Executive Secretary of the United Nations Framework Convention on Climate Change (UNFCCC). With a long history in international relations and efforts in favor of the environment, today is the voice of climate change in the United Nations. 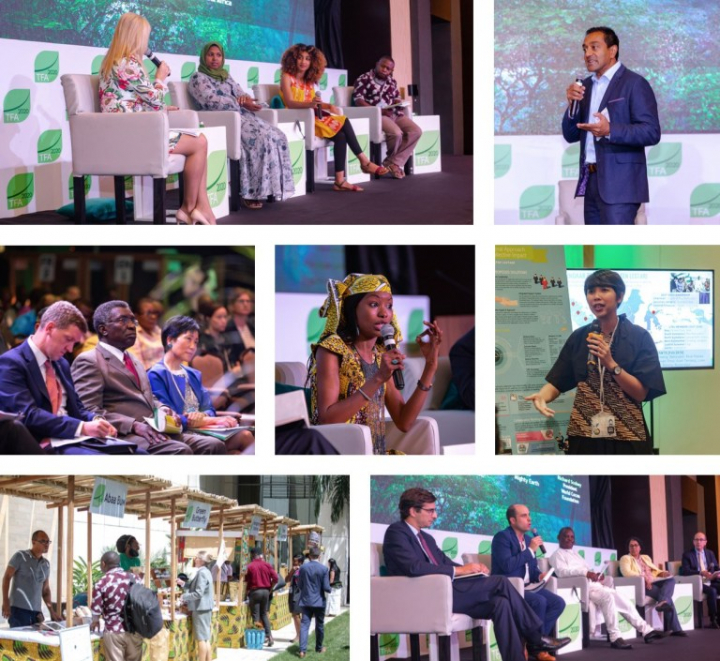 The Sustainable Development Goals were proposed by the Colombian Paula Caballero at the Rio + 21 Convention, who with the support of the “female dream team” of Colombia, raised what today has become the global agenda to move towards a world of peace and equity, and ahead of climate change.

Through leadership, optimism, and creativity, these and other women have allowed young people around the world to see and use our potential in favor of a positive change. In addition, there are programs that are promoting the actions of women in climate change, such as: Women4Climate, an initiative of C40 Cities that seeks to share knowledge and experiences through mentorship programs for women in cities; and Momentum for Change, an initiative of the UNFCCC to recognize efforts in climate that are already having results in different categories (Planetary Health, Neutral Climate Now, Women for Results and Financing for Global Investments for Climate).

"Many people say that Sweden is just a small country and it doesn’t matter what we do, but I’ve learned that you are never too small to make a difference”, these were the words of Greta Thunberg, the 16-year-old Swedish activist who created the global movement “Fridays for Future” to call politicians to act for climate change by striking school every Friday."

And this is how, little by little, women are showing their power by taking environmental issues to politics, fashion, education, science, even to their homes. We need more women and men like these, who make us lose our fears and take our dreams into action, and thus become heroes of the next generations and of our Mother Earth. Are you with us?