Why collective action is the key to saving our forests

To grasp how primary tropical forests can make or break our future, consider three interwoven dynamics. 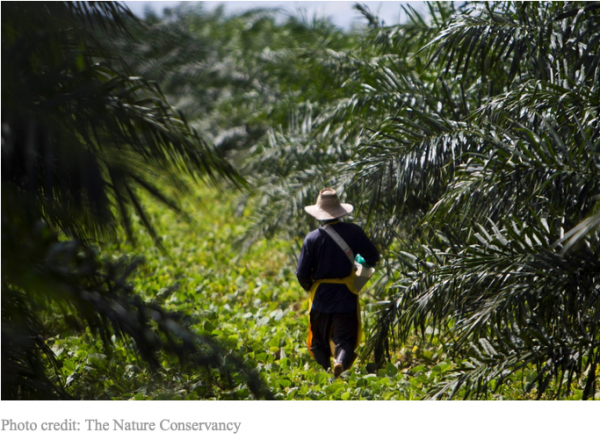 To grasp how primary tropical forests can make or break our future, consider three interwoven dynamics.

First, forests support the livelihoods of 1.6 billion people, more than the population of any country on earth. Second, each year, a few dozen tropical countries collectively raze and convert primary forests the size of Belgium – up to 40% of this conversion is driven by the growing demand for soft commodities like cattle, soybeans, palm oil, rubber and cocoa. Third, the impact of this loss, if deforestation were a country, it would rank third (behind the US and China) in CO2-equivalent emissions.

The implications are clear. Rapid decarbonization of the energy and transport sectors won’t be enough to limit a climate change-driven temperature rise of more than 2˚C. We also have to slow, stop and reverse tropical deforestation. But how?

We can start by recognizing forests are never cut down in a human vacuum. Economic interests, either of poor smallholder farmers, larger commercial interests or criminal syndicates, drive deforestation. Until we enlist and empower frontier communities, indigenous peoples and subsistence farmers who live near and derive their income from forests, we will never win the fight to stop deforestation. At its core this is a human problem - not an environmental one.

Over the past decade, many diverse interests and groups have worked hard to reduce deforestation and its catastrophic local and global footprint. Under the Tropical Forest Alliance, some 160 stakeholders remain committed to remove deforestation from supply chains.

The last decade has been challenging as ongoing deforestation numbers still attest. But there has also been real progress – the simplistic narrative that companies have done nothing is not true. Many leading brands and companies have made substantial progress to remove deforestation from their supply chains. Companies like Wilmar, the largest palm oil trader, can now trace 96% of their palm oil supply which then ends up in products sold by Consumer Goods Forum companies like Unilever, Nestlé or Mars. Rapid response alerts, powered by monitoring technology that was unthinkable 10 years ago, highlight where deforestation is occurring in near real-time. The leading palm oil companies then suspend these mills from their supply chain. The situation is still far from perfect and less scrupulous buyers still purchase deforestation-linked palm oil. But it is a fact that deforestation in Indonesia has fallen 30% below the 10-year average in the last two years. Government action has been important, but we would not be seeing this progress on the ground without the engagement and action from leading companies up and down commodity supply chains. This progress needs to be better recognized and celebrated.

There are many other examples where leading companies have made positive progress. And yet the combined progress from all the best measures have still proven insufficient. To complicate matters, the conversation about deforestation has grown increasingly polarized. Actors who adopt singular positions fail to see the broader whole. Urban environmental activists in rich countries too often ignore the perspective of frontline farmers; consuming countries undervalue the development priorities of producer countries. There is a clear global good, but we have failed to translate the benefit to those local actors – our potential partners – on the forest frontier.

To close the gap, forest advocates need to move beyond the simple blunt tool of pointing fingers, and instead engage in the complex yet necessary work of honest collaboration as equals. Big or small, we all have a role to play. Consumers can’t pretend that businesses – or for that matter NGOs, donors, and governments –can, or will, solve this by themselves.

Looking ahead, as we embark on a new decade, it is time for all tropical forest stakeholders to not only accelerate their own efforts but also cultivate a new decade of collective action.

Collective action neither absolves businesses of sourcing commitments, nor governments of their stewardship responsibilities. To the contrary, it matches corporate supply chain and integrated land-use approaches with demand-side regulation (in market countries), stronger enforcement (in producer countries), and financial incentives for green supply chains. All parties need to co-define and redefine the metrics of success – and of failure. Demand-side governments will need to determine how to advance regulatory and non-regulatory measures to complement voluntary corporate action as the EU has already begun. NGOs hold corporate activities to a high and universal standard of transparency and accountability. Financiers reward improved environmental and social outcomes and innovations that scale.

Collective action is also essential in all production landscapes – so called jurisdictional approaches – to better understand and balance the conflicting priorities that play out at the forest frontier. So local stakeholders come together to agree how to support and respect the needs of local communities and farmers and map where forests need to be protected and where production can be concentrated. There will never be a single right answer. But we need to be better at managing tensions and the inevitable trade-offs through which advance. Partnership and collaboration aren’t easy, but it is essential for us to build one of the most valuable commodities: trust. 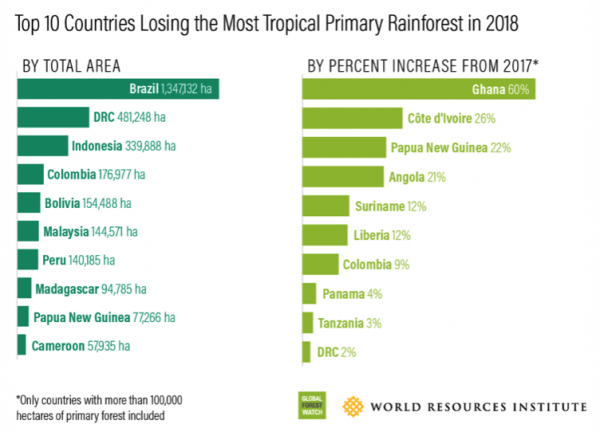 Collective action can reverse this trend

Trust through collective action grows with time and practice. It doesn’t ask that we naively ignore competing agendas; simply that we acknowledge and work through our real differences at the negotiating table. With support from neutral brokers, unilateral actions give way to shared agendas, messy trade-offs and collaborative decisions.

Collective action is manifest in examples throughout the tropics. In Colombia, stakeholders have launched new national pacts and partnerships on dairy, beef and palm oil. Partnerships in the Africa Palm Oil Initiative bind 10 nations and leading companies to a regional pledge that steers palm oil development (a native tree and food staple in much of Africa) to degraded lands and supports smallholder inclusion. The Amazon Soy Moratorium, signed in 2006, is built on collective cross-sectoral collaboration and had a huge role in ensuring that soy is no longer a driver of deforestation in the Amazon.

Yet the real examples we should follow are systems older than our very species. Recent scientific research has altered our understanding of how forests themselves work. Rather than wage a lonely struggle for survival of the fittest, it is now clear that trees themselves collaborate; they communicate, share resources and forge alliances with other trees, weaving each other into a resilient force of collective action. This quiet web of complex relationships ensures the integrated whole grows far stronger than the sum of its parts.

To halt commodity-driven deforestation, we could learn much from the forest itself.

This article was published by the World Economic Forum.