Why collective action can save tropical forests… and us

The spread of coronavirus (SARS-CoV-2) compels even the most myopic loner to coordinate decisions with strangers. From local to global scales, people reduce risks through a harmonized approach.

Beyond its local harm to trees, biodiversity and people’s livelihoods, deforestation endangers the global climate and health. Humans annually remove primary tropical forests the size of Belgium, with a carbon impact – were it a country – that would rank third behind the US and China in CO2-equivalent emissions. Before we blame this on frontier communities in a few dozen tropical countries, let’s look in the mirror. A key driver of forest loss is global consumption of everyday products, derived from soft commodities like cattle, soybeans, palm oil and cocoa. Forest health and integrity employs 1.6 billion people. In short, we’re all in this together.

Knowing these risks, the European Union as well as Germany’s government, businesses and civil society organizations have set out to eliminate deforestation from global supply chains. We endorsed voluntary commitments, such as the New York Declaration on Forests (NYDF), and supported corporate engagement, like the Consumer Goods Forum. We helped transparency campaigns seek accountability. The various scattered “go-it-alone” efforts worked…up to a point.

Germany has recognized that even the very best individual actions, combined, couldn’t turn the tide. Collectively, we fell short of our 2020 targets. Against this complex, global, systemic problem – shared by producer and consumer countries alike – there’s only so much any company, NGO, or government can do alone.

From Indonesian tropical forest to Berlin restaurant fork, all of us need to scale up, globally and rapidly. To transform our response, Germany sought a catalytic agent. As part of its efforts to support the deforestation-free movement, Germany last year joined the Tropical Forest Alliance (TFA) and worked to advance what we call a Collective Action Agenda (CAA).

It is easy to urge cohesive work toward a joint outcome. Much harder is translating hope into results. By definition, a multi-stakeholder/multilateral agenda has no center, no leader, no legal force. It can’t force mandatory outcomes from above. It can only persuade diverse stakeholders – like skilled musicians with dozens of instruments – to each play their role in sync with others. Given a measured rhythm and score, they perform far better in solidarity on stage than the cacophony of practicing in isolated rooms.

What gives me hope is that, based on its origins, its membership and its approach, TFA is uniquely positioned to do just that.

Germany finds TFA to be an interesting platform because it’s not another trade association, a narrow special interest group. Rather, it has brought companies’, civil society’s and governments’ interests together under one umbrella. Yes, we must acknowledge that TFA members have, collectively, fallen short of their initial goal: eradicating deforestation from supply chains by 2020. But what’s equally important is that they remain at the table, share hard lessons learned, trust one another (even if some disagree), and accelerate progress together. Members also realize how far they must still go, and how it will take a serious galvanization of efforts to achieve their ultimate ambitions.

Our incentive for this response (as with the pandemic) is the conviction that we reach goals faster by working together. That’s true whether our mission is to defend human rights, secure household income, protect biodiversity, engage in fair trade, feed the world, or stabilize the earth’s climate.

It is clear that only collective action can improve the global response to tropical deforestation. Rather than simply work alone in isolated silos, Germany five years ago teamed up with Norway and the United Kingdom on programs to reduce emissions from deforestation and forest degradation and enhance forest carbon stocks (REDD+). Our tri-national collaboration not only aimed at coordinated, scaled up support ($5 billion in the period 2015-2020) for REDD+ investments and initiatives in developing countries. It was also designed to drive more inclusive – and thus more effective – partnerships, from ensuring indigenous peoples’ land tenure to increasing transparency for deforestation-free private sector supply chains.

This exemplifies an initiative for collective action to enhance efficiency, public governance, and financial investments.

In isolation, a multinational business may feel embattled, caught between regulators and pressure groups. The progressive ones may respond with cleaner, more transparent supply chains. Yet others may dig in to defend a business model that responds competitively to consumer preferences for cheap goods. Still others may grab market share by sourcing from less vigilant regions, via less reputable intermediaries.

The Collective Action Agenda (CAA) engages visible leaders and corporate laggards alike. It identifies leverage points where stakeholders see how their own actions fit into, and contribute to, the broader vision of ending deforestation. Instead of all-against-all, it results in opportunities where CEOs, NGOs, and government agencies can agree. Joining a voluntary system with clear responsibilities means all private sector businesses – throughout the supply chain – engage in a level playing field. Drawn by collective action incentives they can’t make windfall profits, but nor do they suffer stranded assets, or lose market share as a price of ethical practices.

Collective action incentives drive another benefit: good forest country governance. In the past, officials and sellers could claim any products from deforestation were illegal, from sub-contractors, or beyond their control. Consumers and their governments had little choice but to respect national sovereignty and take them at their word. The CAA brings light to dark corners. Satellite imagery, remote sensing, big data, and distributed ledgers (parts of the “Fourth Industrial Revolution”) all help clarify links between the forest community and urban consumer. In granular detail, officials, executives, and activists alike can now track exactly who does what, when and where. Through the CAA, the structure, spread, and sharing of transparency leads to a more responsible self-governing system. 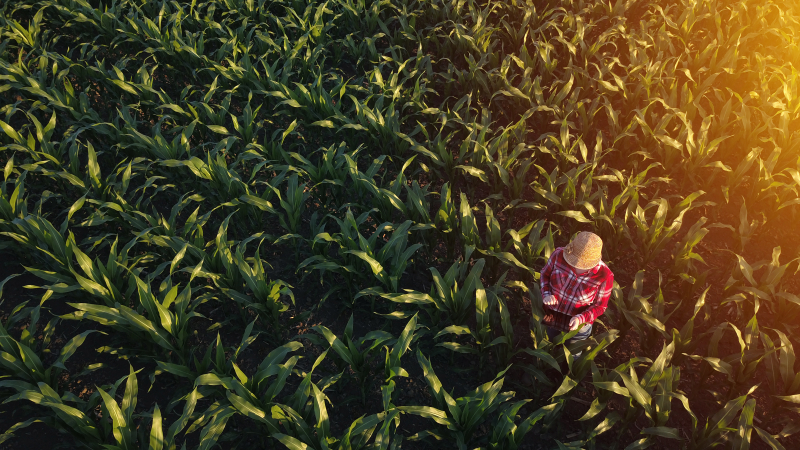 Collective action certainty and accountability help unlock financial interest. Healthy forests can pay for themselves. The positive medicinal, water, biodiversity, and carbon outcomes are quite literally price-less. That’s been part of the problem. It’s difficult to interest banks, businesses or forest communities to invest in long term sustainability, without renewable assets that are clearly defined, exclusive, and transferable. On the other hand, the risk to continue investing in activities linked to deforestation or degradation is often not that transparent and not identified as a stranded asset. The CAA helps parties to structure investable opportunities, ensuring stakeholders do well by doing good.

Through solidarity, the CAA partners co-define the shared risks, rewards, and responsibilities of deforestation-free supply chains. Transparent governance locks in these gains, rather than allowing them to be lost in a tragedy of the commons. Germany embraces the CAA to help our public and private partners transcend borders and short-term (election or quarterly report) horizons to plan instead for inclusive, triple-bottom-line returns that pay off after years. Rather than work against each other to find loopholes or evade criticism, the CAA helps frontier communities and officials and CEOs compete to protect and restore tropical forests in order to attract more investments.

From de-carbonizing our economy to pandemic responses, collective action is transformative. Now, in tropical forests, the cumulative effect, at multiple levels, of aligning thousands of stakeholder efforts may also become world-changing – and lifesaving.

Norbert Gorißen is Deputy Director General at the German Federal Ministry for the Environment, Nature Conservation and Nuclear Safety (BMU)