Stop global warming one tree at a time

The goodness of healthy forests are well known, and many benefits come within, including they produce oxygen, prevent erosion, provide water and regulate temperature. As former Vice President Al Gore said: “the best technology to fight global warming is a tree!” It is difficult not to agree with him, however, there are several challenges that arise when securing better forests to communities in Mexico.

According to the UN-REDD “deforestation and forest degradation, through agricultural expansion, conversion to pastureland, infrastructure development, destructive logging, fires, etc., account for nearly 20% of global greenhouse gas emissions, more than the entire global transportation sector and second only to the energy sector. ”

Additionally, according to data from Reforestamos México, the survival rate for national reforestation projects done by government agencies is of 30%. How to ensure that the initial impact of a reforestation campaign generates a lasting impact on the communities? The reforestation initiative is a great step forward, but the maintenance and active care of at least 3 years are crucial to ensure forests survival.

According to FAO it has been recorded that in Mexico we have 64.8 million hectares of forest, covering 33 % of its total land area (FAO, 2010). However, our country has lost more than half of its natural forests. An average of more than 705 051 ha per year of forests was lost between 1997-1993. This rate then increased to 819 591 ha per year from 1994-2000, according to a recent study by Herrera (2003). During the last couple of years, the average number of hectares deforested reached close to one million per year.

This is a tragedy, as along with the forest crop, topsoil, habitats, biodiversity, time and money are lost. Man-made deserts are growing in Mexico, the commercial timber line is moving up the slopes and the forest frontiers are being pushed up the mountains by pressure from farmers, cattle raisers, fruit orchards, coffee plantations and local landless fieldworkers.

One of the richest natural areas in Mexico is sheltered in the Nevado de Toluca National Park, and although landscape in this place is wonderful, endemic life in it is in complete threat. The deterioration of this site has been documented through the decrease in native land-cover, where only 17,000 ha of natural vegetation of the original 54,000 ha remains—a loss of almost 70% (Maass et al. 2006).

Image: North face of El Nevado de Toluca, a national protected area in México. Credit: José Pons.This site of wooded area is of vital importance for the Valley of Mexico. Each of the trees that populate its slopes impacts the quality of the air and the underground aquifers that nourish the central part of the country. Indeed, making it a true green lung.

Ambition with an 80% rate survival

Several NGOs have made extraordinary efforts to save Mexican forests, but survival rates are still a main problem to maintain hope. Last reforestation season I worked with Reforestamos Mexico, a national NGO with a very successful path. They acknowledge that their work model has been successful since 2011, with a survival rate of 80% for all reforestation campaigns. I could deepen their success when I had the opportunity to support them in a massive reforestation campaign, where the goal was to recover in the Nevado de Toluca area, 6 hectares with 6 thousand hartwegii pines and 2 thousand volunteers, all in one day. 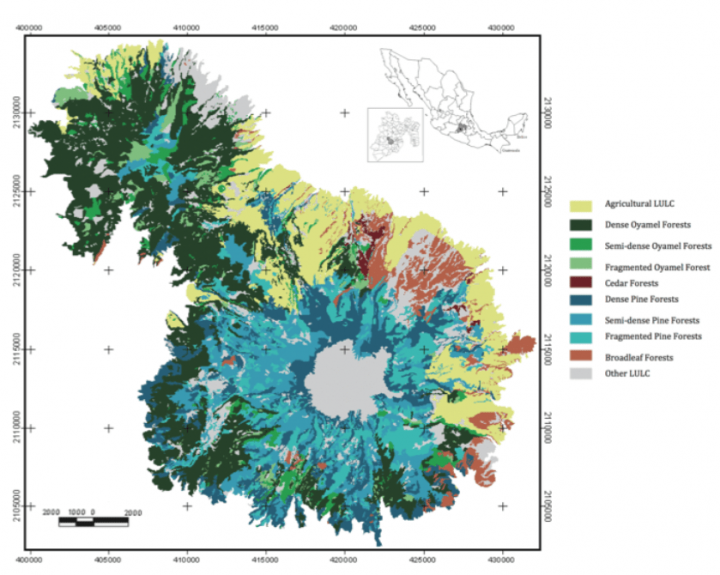 The impact generated by this NGO is outstanding. Better Alliances, Better Forests is the program they designed to pursue an organized and effective action plan to reforest a degraded area, with the aim of making it sustainable. This national program promotes restoration and conservation of forests. An action plan that unites different sectors of society: ejidos and communities, governments, businesses and youth.

The vertical integration of the Better Alliances, Better Forests program is what has constituted them as a successful pioneer in forest conservation issues, venturing into more than 12 states in the Mexican Republic.

Integration begins with direct contact with companies, supporting them in developing a social responsibility program focused on the sustainable development of forests. Alliances are created to ensure financial support, in which the company undertakes not only the reforestation effort, but also the adoption of their reforested area. The investment that companies make in adopting a forest is divided into objectives to catalyze several problematics, including environmental, event organization and social work.

In the environmental sector, the monitoring and maintenance of the area is included for 3 years, in which a community forestry brigade would protect and maintain the forest with conservation actions such as replanting, fire prevention, surveillance, fencing, soil retention and water harvesting. For the reforestation event, the coordination of the event would be held plus a scouting and a prior awareness-raising workshop; the event includes the collaboration of young leaders who guide the group on that day. In social work area, the creation of productive projects with the communities and ejidos is promoted, where the people who inhabit the forests manage to create their own companies.

With this strategy, the NGO ensures the survival of the trees, and in their successful figures, 80% of the forests in which the MAMB program has worked in, has managed to survive.

Some encouraging information is that since the creation of the program in 2011, this NGO has worked in more than with the help of 97,635 volunteers, planting more than 2.2 million trees, benefiting 500 families with the generated jobs. In 2018 alone, they participated with 17,425 volunteers from 76 companies in 17 Protected Natural Areas, which translated into restoration actions in more than 132 hectares in twelve states of the country, including Estado de México, Jalisco, Querétaro, Guanajuato, Puebla, Yucatán, amongst others. 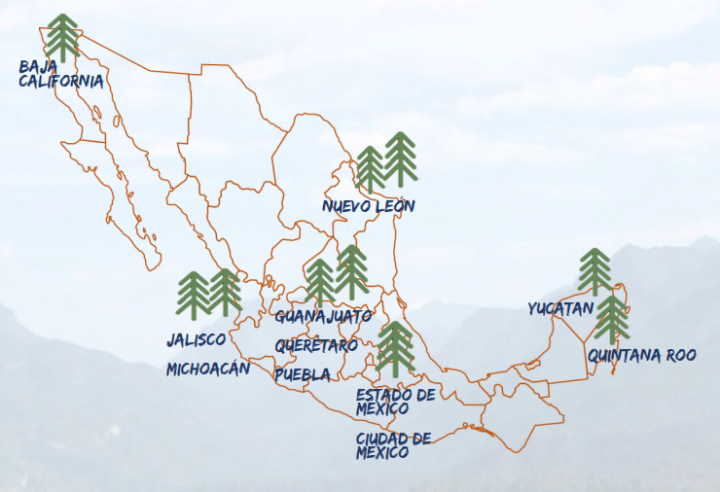 Success stories have been reflected in several parts of the world including China and Ethiopia among the leading countries in forest conservation. But what are we doing in Latin America? Latam region as many other, faces many risks due to increasing rates of deforestation, among them, socio-economic ones. But also, they face a great challenge in terms of the expansion of agriculture and production. The urgent moment to act is now.

Deforestation in Mexico has been a collective misfortune caused by poverty, misconceived government policies, greed of some loggers, tree poaching, and poor technical supervision. And I believe many countries felt identified and found similarities within seconds. But after an exhaustive review, this Mexican NGO believes that the key for reforestation campaigns could be to have a forest management plan vertically aligned, with the local residents as operators and benefactors. It should be noted that the economic model of this NGO began in 2011 just in the nearby cities of our capital. Today they have been able to replicate the program, make it grow and maximize its impact in more than 12 states.

If the replication of the program could be made in every country in Latin America, we could at least reduce 30% of greenhouse emissions. Implementing in our countries practices such as the MAMB program to generate sustainable economic cycles and foster.