How can Indonesia extinguish its forest fires for good?

In recent months, Indonesia has again come under the international spotlight for a problem that has dogged the country for more than two decades – haze resulting from uncontrolled and sometimes uncontrollable land fires.

The last two major El Niño seasons – in 1997 and 2015 – elevated haze into a regional issue. Politicians struggled to find a balance between soothing domestic outrage and risking foreign relations fallout with Indonesia. 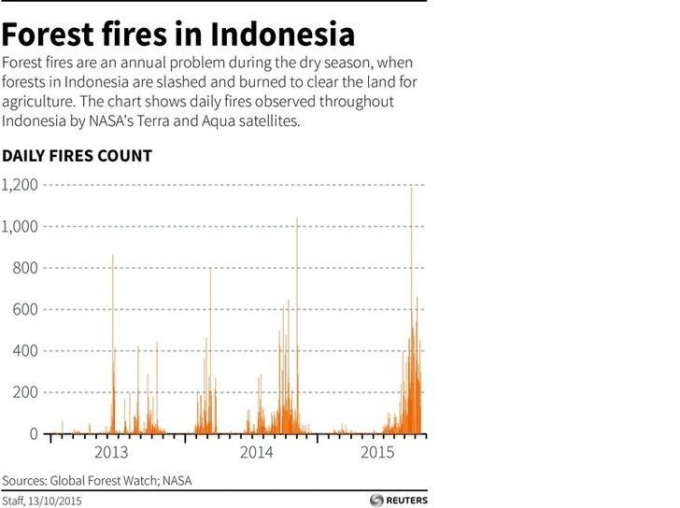 Political grandstanding and swords are usually crossed only when the winds blow the haze across to neighbouring countries. For those living near or on the very lands that are burning, however, haze is a dreadful and inescapable occurrence during what is now seen to be increasingly frequent and longer dry seasons.

Fire and haze have reportedly affected the health of more than 120,000 people, caused several hundreds of schools to shut down for months, and resulted in losses of $30bn. In 2015 alone, 2.1 million hectares of land were burnt in spite of efforts by the central government, the private sector, and NGOs.

The biggest tragedy? This is a man-made disaster that should never happen in the first place.

Getting to the crux of the issue requires acknowledgment of these facts:

As policy makers respond to public pressure, the observed tendency is to swing from short-term responses, such as canal blocking and deployment of heavy-lifting helicopters at a hefty price tag of $10,000 an hour for fire suppression, to piecemeal policies such as revoking of licenses which will result in more unmanaged lands to large restoration projects with limited sources of funding.

However, none of this addresses the root problem: why do the fires take place?

My view is that the answer cannot be found by institutional experts who conduct research that is not based in reality. No reliable analysis can be taken from inaccurate hot spots overlaid on maps and displayed on large LCD screens.

Our search for the answer must begin from the ground-up; from those who burn, and the local fire fighters who respond to the fires on the ground.

Late last year, the Palembang airport in South Sumatra was engulfed in thick haze and had to close for more than two months. Just next door in Riau province, there were significantly fewer fires despite half of its landmass being situated on peatland. Unfortunately, haze knows no boundaries – the thick haze carried by south-eastern wind from the southern provinces of Sumatra – mainly Jambi and South Sumatra – affected Pekanbaru and the rest of Riau province equally.

So what was Riau province doing right? The key lies in collaboration models that have the potential to work in other areas:

Southeast Asia starts the New Year with blue skies, fresh air, and renewed hope. This offers a window for all stakeholders to take stock of lessons and best practices as we work towards a lasting solution to this problem. Amidst the thick, gloomy haze that enveloped Sumatra in the last dry season, Riau’s relative success offers a ray of hope which will not come from finger-pointing and lip service.

Anderson Tanoto is part of RGE, an Asia conglomerate with business interests in pulp & paper, palm oil, and energy, and over US$15 billion in assets in Indonesia, China and Brazil. He is closely involved in APRIL’s fiber operations and business transformation, and also provides strategic direction on the Riau Ecosystem Restoration project in Kampar, Sumatra, Indonesia