From plans to action: why governments need to step up to end deforestation

The “decade of delivery” has begun.

We have 10 years to meet the Global Goals to end poverty and fight inequality, tackle the climate crisis and reverse the loss of nature. And for that, a top priority has to be ending the loss of forests and critical natural ecosystems – so important for the climate, for biodiversity and for the wellbeing and prosperity of hundreds of millions of people.

While the 2010s were strong on promises, we have yet to see significant progress on deforestation- and conversion-free commitments or restoration pledges made by companies, governments and the finance sector. We ended the decade with deforestation on the rise again. The 2020 targets of Sustainable Development Goal 15, which includes ending deforestation, will clearly not be met. Our 2020 Palm Oil Scorecard shows companies have a long way to go in meeting their pledges. It’s time to see concrete action.

Private sector companies need to redouble, and must be held accountable, for their efforts to eliminate deforestation and conversion from supply chains. And to ensure these efforts succeed, we need leadership from our policy-makers to complement and support their approaches and ratchet up impact on the ground with strong regulation accompanied by consistent enforcement.

A two-pronged policy approach is needed to make deforestation-free promises a reality – on the one hand we need to ensure that production is sustainable, and on the other importing countries must demand and reward deforestation- and conversion-free products. 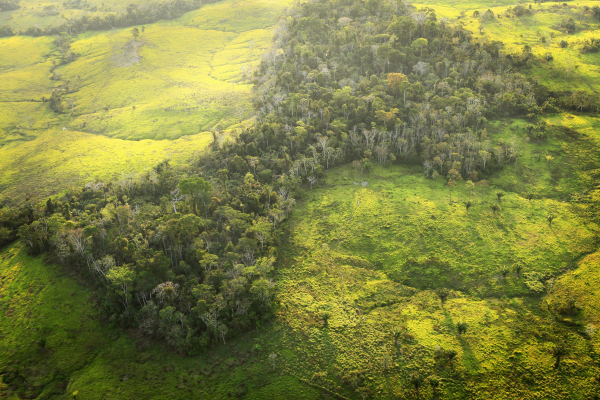 Promoting development at the expense of nature is not sustainable – but nor is protecting nature in a way that doesn’t meet the needs of local people. Public sector policy measures can square this circle through better landscape or land-use planning and governance, enabling sustainable rural development and creating market signals to conserve forests and other natural ecosystems.

The Amazon Soy Moratorium – an agreement between the public and private sectors and civil society – is a great example of how it’s possible to reconcile production expansion and forest protection. In 2006, under pressure from European buyers, soy traders made a voluntary commitment not to buy soy from recently deforested areas in the Brazilian Amazon. This reoriented production to already converted areas and deforestation dropped by 85%, even as the area of soy under cultivation more than quadrupled from 1.14 million hectares in 2006-07 to 4.66 million hectares in 2017-18. Almost 99% of the expansion occurred on already cleared land.

Unfortunately, the Brazilian government has been weakening regulations and enforcement, resulting in the Cerrado rapidly losing its vegetation cover and deforestation spiking in the Brazilian Amazon. 87 leading companies and investors recently wrote to President Bolsonaro urging his government to keep the Soy Moratorium in place – especially vital in the wake of the devastating forest fires in the Amazon this year.

There are positive signs in Africa – several Congo Basin countries are in the process of developing local land-use plans as they seek to increase agricultural output while conserving high conservation value and high carbon stock forest areas. In collaboration with the French agricultural research agency CIRAD, WWF has developed maps of “go and no-go zones” for palm oil plantations, to avoid negative impacts on forests and other ecosystems that are crucial for conservation and local communities. The maps are designed to help governments develop and implement the national palm oil action plans that they are engaged in through the TFA Africa Palm Oil Initiative, which seeks to develop a low-carbon, sustainable and equitable palm oil industry in the region.

Gabon in particular has demonstrated strong progress with its programme to develop a national land-use plan and system for monitoring natural resources and forests. The heavily forested country plans to become self-sufficient in food production and an exporter of cash crops as it seeks to diversify its economy, but has been successful in keeping deforestation rates low – which recently enabled it to unlock US$150 million in results-based payments from Norway. 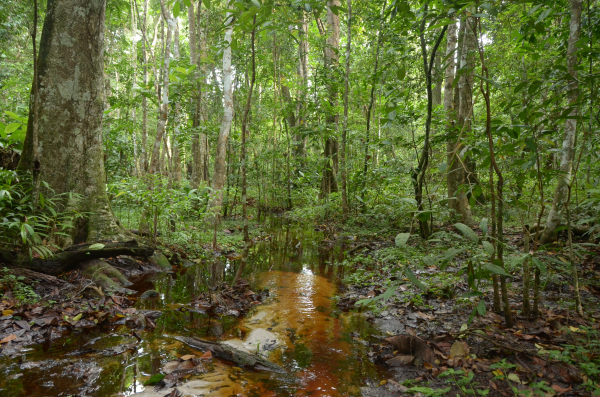 Forest countries alone cannot end deforestation. When so much deforestation is driven by internationally traded commodities, governments in consumer countries need to step up too. This isn’t just about funding, although of course that’s vital, but also about addressing demand and promoting more sustainable consumption. Importing countries need to take responsibility for their forest footprints, and governments can take a lead on this. This could include measures such as stronger procurement policies and trade deals that incentivize sustainable imports, and support – including through preferential purchase agreements and premium pricing – for producers that protect their forests and other ecosystems.

The EU, which is responsible for more than a third of all crop and livestock imports linked to deforestation, should be ready to provide leadership. Last year, the European Commission issued a Communication on deforestation and forest degradation – an important step towards its long-awaited plan of action to protect and restore the world’s forests. The communication outlines priorities such as reducing the EU consumption footprint on land and promoting deforestation-free supply chains, strengthening partnerships with producer countries and international cooperation, sustainable finance, and sharing information and research.

However, the plan still needs to be strengthened – and, crucially, put into action. Powerful legislation that prevents products linked to deforestation or ecosystem destruction from entering the EU market, coupled with support for producer countries, could help to decisively turn the tide.

From incremental improvements to transformation

Ending deforestation and natural habitat conversion will require new levels of action and greater collaboration from all of us.

Deforestation-free commitments and actions by companies are essential, and they must be complemented by supporting public sector policies that take into account the full value of forests and other habitats. If companies are serious about delivering commitments, we need to see them use their influence to encourage governments in both producer and consumer countries to adopt stronger policies and create an enabling environment for ending deforestation and conversion.

The clock is ticking. It’s time to deliver.