From An Ambition to The Norm: Awareness and Adoption of RSPO Certification Driven by APOI and TFA

It is this collective action that will change the landscape of agricultural commodity production and sourcing in Africa.

The global production and consumption of palm oil has been growing for decades. It is also an increasingly important agricultural commodity for a number of economies in Africa.

The Africa Palm Oil Initiative (APOI), the first signature initiative of the Tropical Forest Alliance (TFA), has been operating since 2014. We are seeing significant progress in 2020 moving in to 2021 and one key advance is the recognition that sustainability certification matters, both at the local and national scale, as well as globally.

Since its founding in 2004 the Roundtable on Sustainable Palm Oil (RSPO) has promoted the production and use of sustainable palm oil through membership bodies and certification. RSPO members come from 98 countries around the world. APOI works with oil palm producers in ten key countries in West and Central Africa.

In 2014 only one company in Africa was RSPO certified. That’s one company that met the eight stringent sustainability criteria relating to social, environmental and economic good practice. Today, there are nine RSPO certified plantations and eleven certified palm mills, with several more in the process (some delayed due to the COVID pandemic). By the end of 2021 almost all major operations across all ten APOI countries will be RSPO certified.

That progress charts a transformation from RSPO being a disconnected international standard to becoming the absolute norm in Africa. As we publish the highlights of the African Palm Oil Initiative from the last year, it’s important to recognise the enormous achievements African producers have made in adopting these standards. 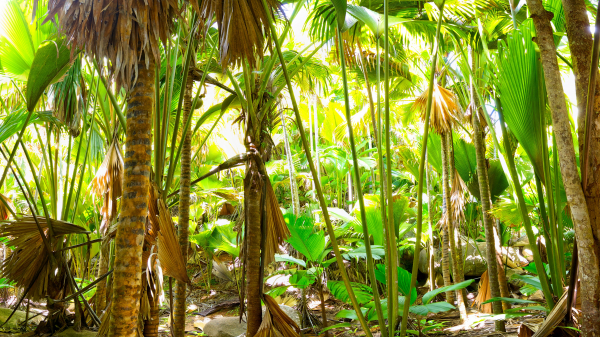 It is this collective action that will change the landscape of agricultural commodity production and sourcing in Africa. While governments of APOI countries support certification and RSPO is often stated within national principles for responsible production, we have realised that the most crucial element is that producers on the ground are committed.

When we started APOI in 2014 many companies simply hadn’t heard of RSPO, let alone started the work required to become certified. What we know in 2020, is that companies on the ground are investing in certification – it is not just global brands responding to consumer pressure, but significant, sustainable commitment at the country level.

In West Africa, Edo State in Nigeria was an early adopter, where any companies seeking land for oil palm development must comply with RSPO requirements. The success in Edo State has raised further awareness, bringing six other Nigerian states onto the APOI platform. In Côte d’Ivoire, the new RSPO National Interpretation document came into effect after being approved in June 2020, while in Liberia a national oil palm steering committee and government agencies’ participation has demonstrated commitment to achieving sustainable production.

In Central Africa, we’ve seen significant uptake of RSPO in Gabon, where the RSPO National Interpretation for Gabon has been approved, after successful engagement and support among the private sector, government and civil society organisations. In other countries such as the Democratic Republic of Congo and Cameroon, we’ve seen commitments from companies to address gaps between their operations and RSPO requirements by implementing time-bound action plans.

And the impact goes beyond palm. As members of APOI, these producers have signed up to eliminate deforestation in their palm oil supply chains. However, as partners to TFA through APOI this also means the companies have committed to forest positive initiatives and sustainable production across multiple commodities. The Republic of Congo, for example, cites RSPO in its National Principles, but there are now discussions to include more stakeholders and introduce other commodities to the process; while we are also seeing commitments around deforestation in rubber concessions in Ghana, Cote D’Ivoire and Nigeria.

Further to this, the APOI national platforms have acted as crucial coordination points to engage with other initiatives, such as DRC’s national 2016-2021 REDD readiness planning, and large multinational initiatives such as the Central African Forests Initiative (CAFI).

Our latest report details highlights from APOI during its implementation phase over the past year. We continue to engage at the local, national, regional and global level, but it has been incredibly encouraging to see RSPO adoption happening at ground level, which will mean that long-term collective commitment is embedded where we need it most.